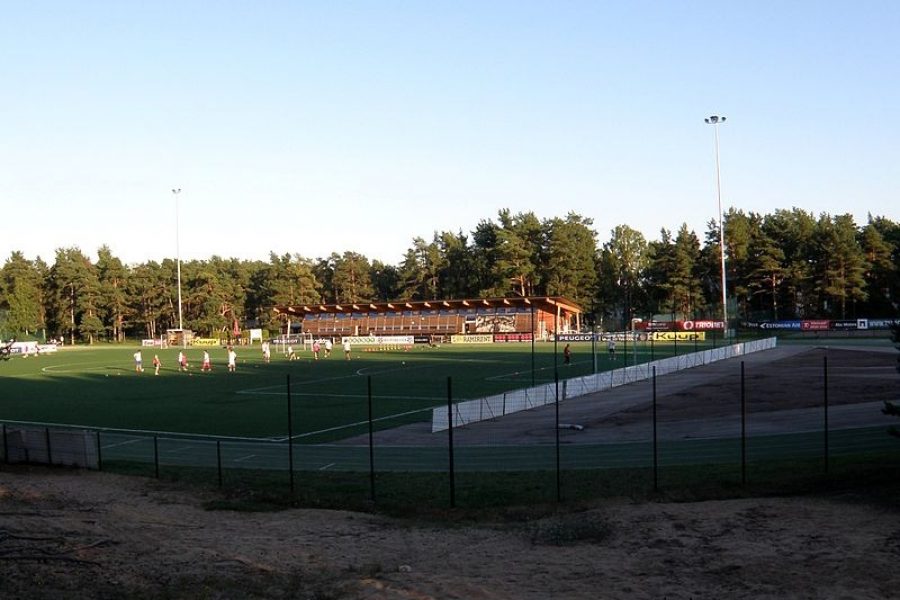 Hiiu Stadium is a multi-purpose stadium in Tallinn, Estonia. The stadium and the administration building are owned by Nõmme district and are operated by Nõmme Sport Centre. It is currently used mostly for football matches and is the home stadium of Nõmme Kalju youth teams.

Nõmme Kalju FC is playing in the Meistriliiga, Estonia’s top tier of football. The club was originally established in 1923 and re-established in 1997. The club reached the top flight in 2008 and won their first title in 2012 season. Their historical ground, Hiiu Stadium, is used for spring and autumn matches. For the remaining home matches the club uses Kadrioru Stadium as their home ground as this has a far higher capacity than Hiiu Stadium.

The stadium was completely renovated in 2002 and cost 8 million Estonian kroons. In 2006, the old artificial turf was replaced by a 3rd generation turf and an administration building with a stand for 300 people was erected.

On 10 September 2011, the highest recorded attendance was set, when 2,730 people watch a football match between hosts JK Nõmme Kalju and FC Flora Tallinn.

Alveosport at the 2014 Football World Cup

Geofill and Shaw sport together in North America
Scroll to top