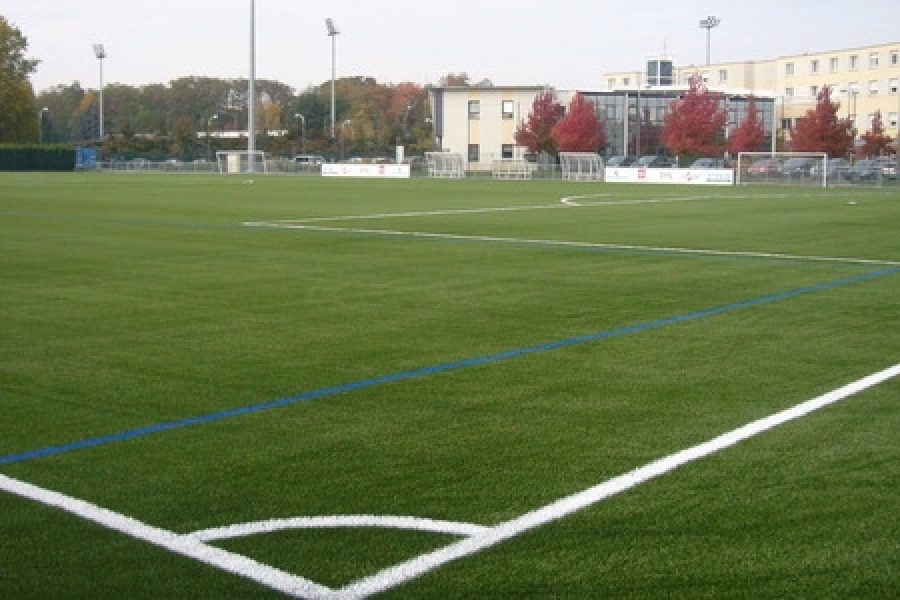 The Racing Club de Lens, based in the Northern French town of Lens, is one of the most popular football clubs in France. It has a long history as it was founded in 1906 and is often associated to the local region’s coal mining past. The club is therefore heavily linked to the region’s working classes having emerged from coal mining and takes its roots from this industry typical in the North of France.

The club currently plays in the French Ligue 1, having been promoted at the end of last season, despite some financial problems, after a few years in Ligue 2. Their normal home stadium is the Stade Félix-Bollaert of a capacity of 41 000 spectators. But as this stadium is planned to host matches of the 2016 UEFA European Championships taking place in France, it is currently under renovation. RC Lens subsequently play their 2014-2015 home games at the Stade de la Licorne, in the nearby town of Amiens.

RC Lens hold their training sessions at the La Gaillette training centre, which is a recent and very modern facility. The club chose, like many Ligue 1 clubs, to have a synthetic turf on display at their training ground. This was installed in 2011. The aim of having this type of football pitch is to be able to offer a surface usable under any weather conditions with always optimal performance and constitency to their professional squad as well as to its youth teams. This pitch is therefore ideal for the club to always have a premium back-up solution when the grass pitches are affected by harsh weather conditions. The synthetic turf pitch notably features a special coating with rubber granulates, which prevents players from burning their legs while making tackles, which is a huge advantage regarding players’ comfort.

Renovated football facilities in the province of Valencia, Spain
Scroll to top