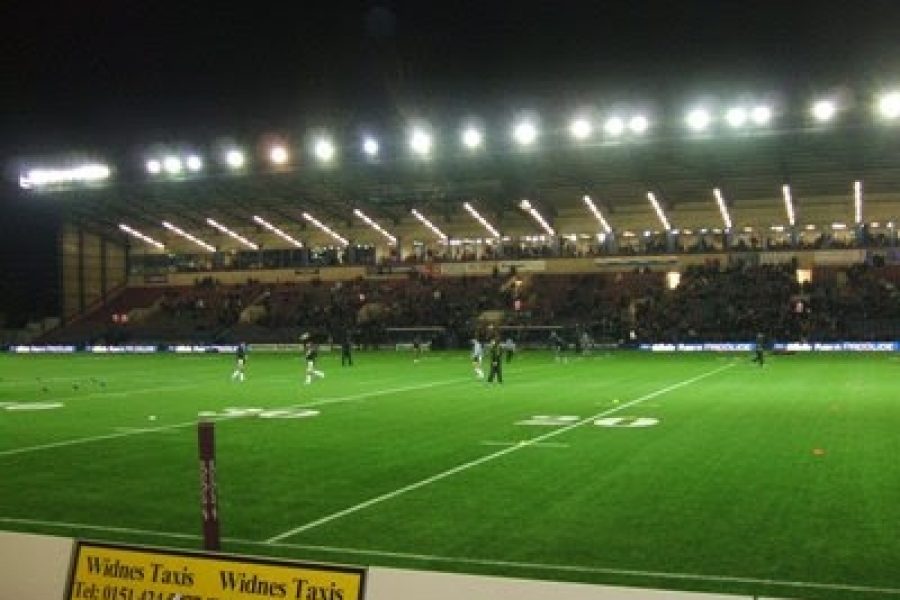 Widnes Vikings Stobart Stadium Halton is equipped with synthetic grass. This makes Widnes the first rugby league club in the UK to play and train on synthetic turf. The club is so excited about its new turf, that they have named it their « i-pitch » (intelligent pitch).

The clubs re-admission to Super League in 2012 meant they were looking to install a top level playing surface to attract high profile players who would be able to play and train on the same facility. But as well as top level performance for Rugby League, Widnes’ were also committed to offering other sports to the local community as part of their new business plan for the stadium.

The i-pitch is the first synthetic turf pitch in the World to pass field tests for the highest playing standards to Rugby League (RFL Stadium Standard), Rugby Union (IRB) and Football (FIFA 2*).

Steve O’Connor, Vikings Chairman stated: “This is a first, not just for the Vikings or rugby league but for sport as a whole. The i-pitch at Stobart Stadium Halton will modernise the game and create a fantastic match day experience”

He then continued saying: “To have the only synthetic turf pitch in the world that meets the highest possible playing standards for Rugby League, Rugby Union and Football at our disposal is something we are very proud of. We believe it will greatly assist us in acquiring and developing Super League players, whilst we can also offer a state of the art facility to the community.”

Paul Cullen, Widnes Vikings Director of Rugby said: “This is a sporting revolution. It’s bigger than rugby league. It’s about how clubs can generate funds and play over a 12-month period. We can train and play at the same venue in perfect conditions – apart from the weather, of course – all year round.”

Tennis and Synthetic Turf in the U.S.
Scroll to top