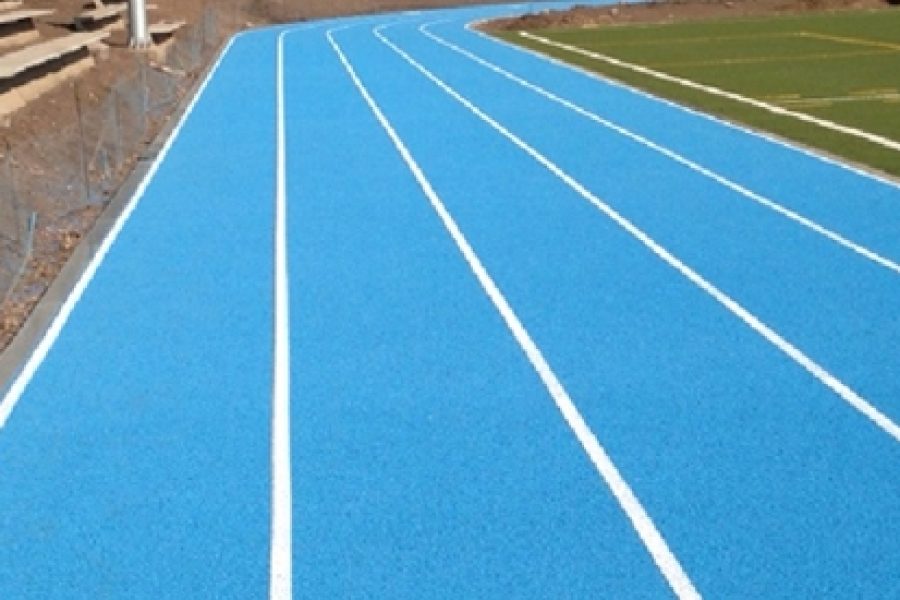 The private University Diego Portales (UDP) in Santiago, Chile, is one of the best in the country and opened a new campus in March this year.

To ensure that the students can really burn off their energy after classes, a new sports ground with a running track and playing field on which both football and hockey can be played was installed at the same time. The new facility was planned by the leading Chilean architect Mathias Klotz, who is Dean of the Faculty of Architecture, Art and Design at UDP. It was constructed by the South American partner, Resinsa.

The variable moods of the Chilean weather demanded a particular kind of turf, which is why the decision was made in favour of LigaGrass turf from Polytan|STI. It has proven to be extremely hardwearing and particularly soft. Thanks to its high-quality 100% PE formulation, the high-performance football turf is substantially softer than other crimped synthetic turfs, so the students benefit from natural ball rolling behaviour. Furthermore, it can be used for hockey practices, mainly for the women’s team of the university. The running track was equipped with a Polytan M surface, which is ideal for high-performance and competitive sport.

Following the official opening in March, there is now nothing to stand in the way of college sport at the very highest level. The students and teaching staff are already looking forward to holding exciting competitions on the brand-new running track and playing field.

Polytan shows its versatility in the Far East
Scroll to top