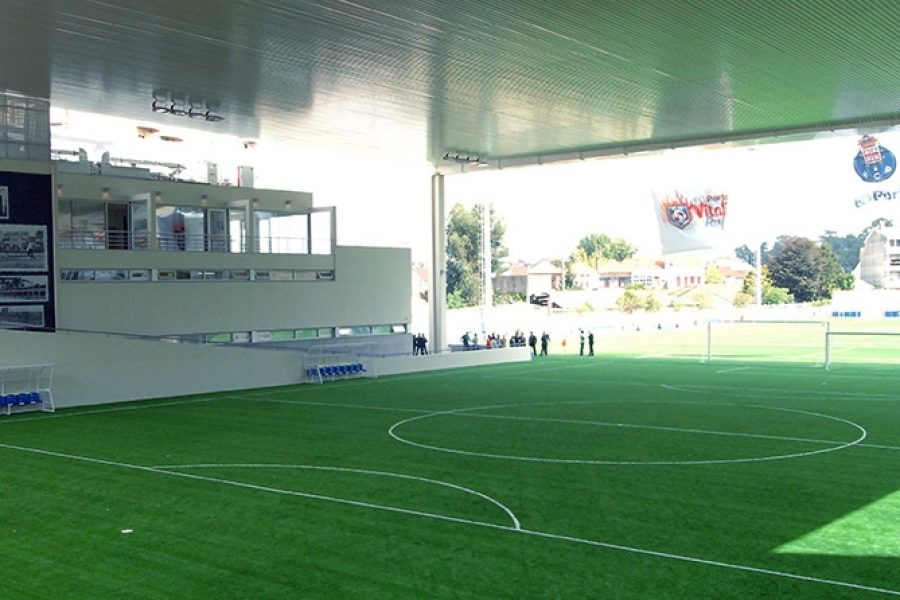 Portuguese Liga Sagres team FC Porto is widely seen as one of the best clubs in Europe, maintaining their high standards supported mainly by a huge scouting network all over the world and a high performing youth academy. Regarding the latter, FC Porto has invested in renovating their former stadium, the Campo da Constituição, into a brand new training centre dedicated to their youth academy. The stadium, which served as home to FC Porto from 1913 to 1952, gave place in 2008 to a complex of high-level modern infrastructure, named the “Vitalis Park”. This youth centre serves as anchor for the club’s project “Dragon Force”, a youth development project based on football schools and trials for children aged from 4 to 14 years old. It is designed to help produce players for the first team, with an identification to the FC Porto Culture, the development of players abilities and life skills.

To sustain an ambitious model of youth development, top quality facilities are required to better train youth teams. The ultra-modern Vitalis Park consequently also comprises a synthetic turf 11-a-side pitch and a covered synthetic 7-a-side pitch, both of FIFA 2 star rank for football turf fields. Such installations provides young players with a playing surface that offer safe and the most predictable conditions possible under any circumstance and in any weather condition.  This helps for optimal players’ tactical and technical skills development, so that they can come up with better solutions to every game-related situation. It also contributes to form more complete and creative players, who are then also trained to produce a more technical style of football, based in a general manner on playing the ball on the ground, with rapid sequences of short passes and ball possession. Like several professional football clubs in Europe now, FC Porto is setting the example to follow in terms of youth player development in using technologically advanced synthetic turf pitches to guarantee optimal training conditions for the evolution of players in the academy.