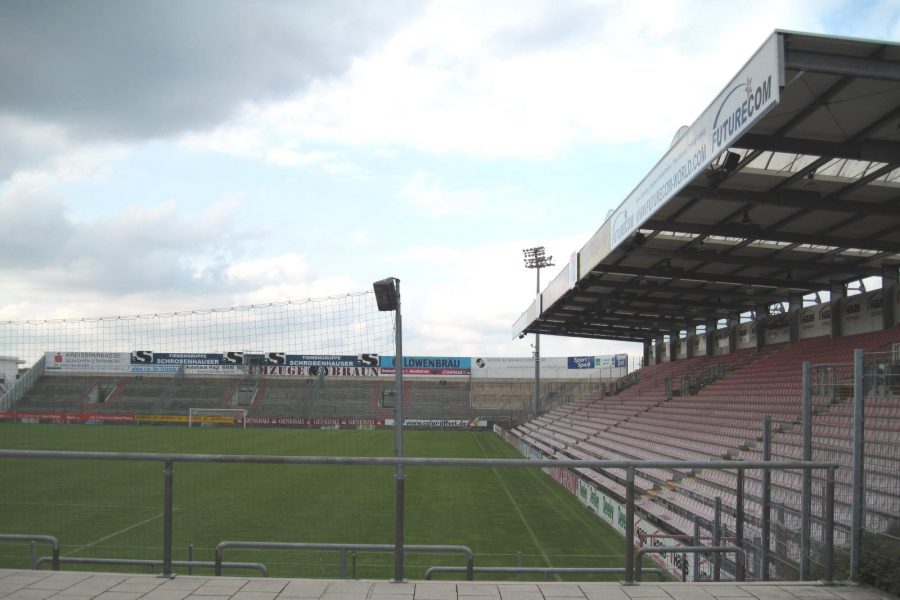 Spielvereinigung Unterhaching is a German sports club in Unterhaching, a semi-rural municipality on the southern outskirts of the Bavarian capital Munich. The club is widely known for playing in the first-division Bundesliga alongside its more famous cousins, Bayern Munich and 1860 Munich, for two seasons between 1999 and 2001. The team currently play in the 3. Liga, the German third division, having been relegated from the 2. Bundesliga in season 2006-07 and then moved into the newly created 3. Liga for 2008-09 following a reorganisation of the German league system.

The Sportpark Unterhaching, currently known as the ‘Alpenbauer Sportpark’ following a sponsorship deal in 2013, is home of SpVgg Unterhaching. It is used almost exclusively for first-team games and occasionally for reserve-team games. It has a capacity of 15053 – 6874 seated and 8179 standing. The stadium is owned by the town of Unterhaching.

Prior to the stadium expansion, the Sportpark had a capacity of 11,000. The current main stand on the west side of the ground, with its alpine-style roof, and large parts of the south stand were already established, although the current north stand was made up of a few concrete steps and the east stand was a grass mound.

Promotion to the Bundesliga in 1999 necessitated improvements in safety, security and capacity, resulting in the current maximum of 15,053.

Outside the stadium, the ground was leveled to create more parking spaces and the combined foot and bicycle lane, running from the stadium to Fasanenpark station, was upgraded. In July 2000 the synthetic pitch has been installed.

Despite the upgrade, the stadium still has several charming idiosyncrasies, for example the two-storey clubhouse and the players’ tunnel that comes out of the south stand. The stadium also houses a restaurant and an adjoining beer garden. The south-east corner of the ground has parking for the opponent’s team bus. 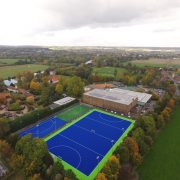 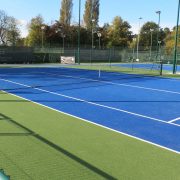 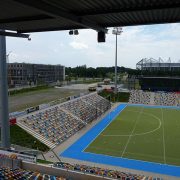 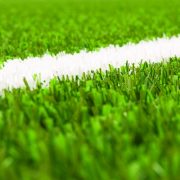 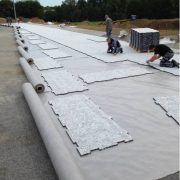 Ups and downs at Malmö Idrottsplats

Synthetic turf in the Finish Veikkausliiga
Scroll to top