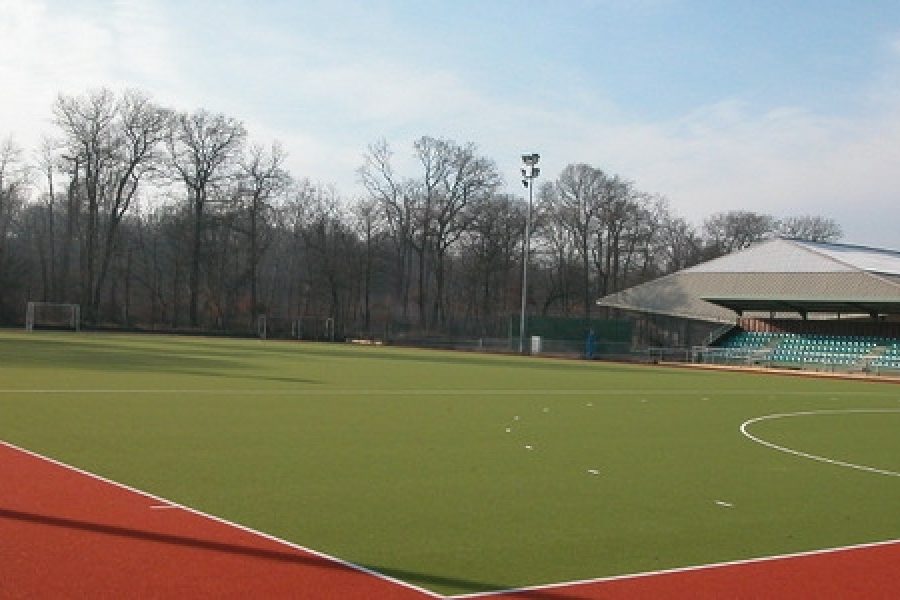 Very successful in the past few years, the Saint-Germain-en-Laye Hockey Club is a French field hockey club founded in 1927 and based in the town of the same name, situated near Paris. The club uses the sports facilities of the Camp des Loges, which is also Paris Saint Germain’s training centre, and play there matches in the Georges Lefèvre hockey stadium which is part of that sports complex. The stadium is surfaced with a 6,085 square meters synthetic turf pitch that complies with the demanding requirements of the FIH (International Hockey Federation) and is therefore perfect to host elite international games.

The Saint-Germain-en-Laye Hockey Club is composed of four men’s teams and two women’s teams as well as teams for each age categories. The club’s men first team plays in the French elite hockey championship and has been hugely successful in recent years, winning the championship in many consecutive years, from 2006 to 2009 and in 2013 and 2014. Coincidence or not, this winning streak from 2006 onwards started a year after their stadium had its synthetic turf totally renovated in July 2005. This surface still remains there, showing its exceptional durability.

During the turf renovations, the works consisted of replacing each layer of the turf as well as the shock pad. This surface was the result of research and development that has benefited from the input of top tier athletes and teams. This is the same surface that was selected for use at the 2004 Olympic Games in Athens. Installations of new surroundings and the laying of new billboards along with the new playing surface gave to the Saint-Germain Hockey stadium a new dynamic, which finally led to a long lasting pitch also full of luck.

Two specialist sport surfaces for hockey and football at the University of ...