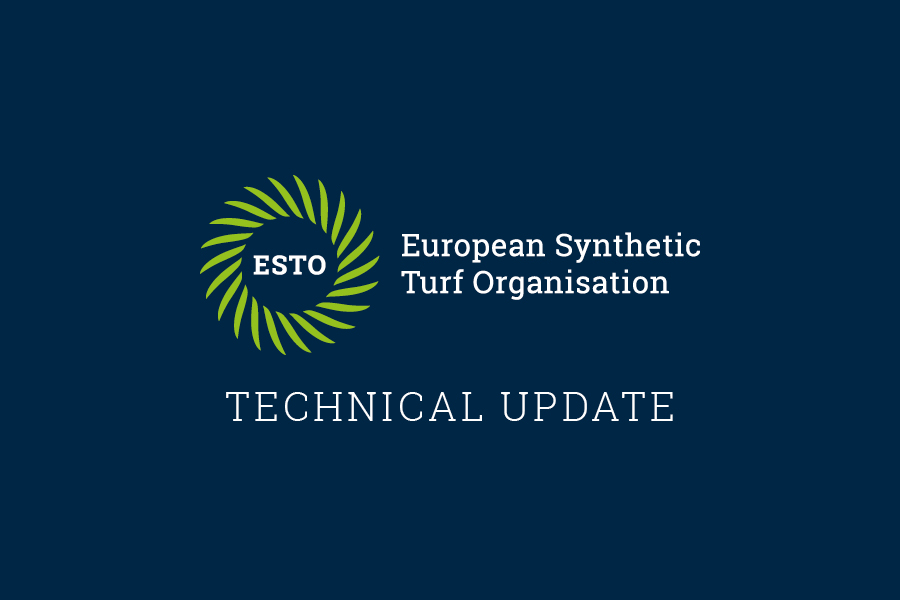 Following the media concerns about the potential health risks of using recycled tyre granulate as infill in synthetic turf pitches the European Commission asked the European Chemical Agency (ECHA) in 2016, to investigate the issue to see if the concerns are justified (ECHA is the driving force among regulatory authorities in implementing the EU’s chemicals legislation (REACH, etc.) for the benefit of human health and the environment). ECHA undertook a comprehensive review of all the published data and ongoing studies being undertaken in Europe and the USA.  ESTO was consulted by ECHA during this consultation process.  In March 2017 ECHA published their report (see https://echa.europa.eu/-/recycled-rubber-infill-causes-a-very-low-level-of-concern).  This concluded, based on the information available, that there is, at most, a very low level of concern from exposure to recycled rubber granules and the concern for lifetime cancer risk is very low given the concentrations of PAHs typically measured in European sports grounds.

More recently concerns have been raised in the Netherlands about the quality of some materials used to make infill and this has lead the Dutch government, in conjunction with ECHA, to propose changes to the relevant REACH Regulations to ensure that rubber granules are only supplied with very low concentrations of PAHs and any other relevant hazardous substances.  As a first step in the preparation of this new restriction, the Dutch Ministry of Health, Welfare and Sport and ECHA recently hosted a workshop, where interested parties were invited to participate in discussing the scope of the restriction.  ESTO, as the representative of the European synthetic turf industry attended, were one of 42 Stakeholders present, the others coming from a variety of organizations such as tyre recyclers, tyre manufacturers, academia and alternative infill manufacturers and test institutes.

A key question scheduled for discussion was whether the available data on actual PAH content in infill materials are representative for the whole EU. It was noted that PAH concentrations in tyres and end-of-life tyre (ELT) granules appear to be relatively stable and have gradually been reduced over time due to the extender oil restriction that entered into force in the EU January 2010.

Related to the scoping of the restriction proposal, it was asked what infill materials should be included. The general idea among attendees was that the scope should not only embrace infill made of tyres, but also infill made out of other materials, regardless of whether they are made from recycled or virgin materials, as the aim is to ensure safe use of synthetic turf fields, irrespective of the material they are made of.

Some attention was given to the question of whether infill should be defined as a mixture or as an article and whether there is a difference between infill made from ELT and infill from other (virgin) resources.

ESTO will continue to represent the views of the European synthetic turf industry during the development of the new REACH regulation and keep members updated on developments.

Chairman’s optimism for 2018
Scroll to top