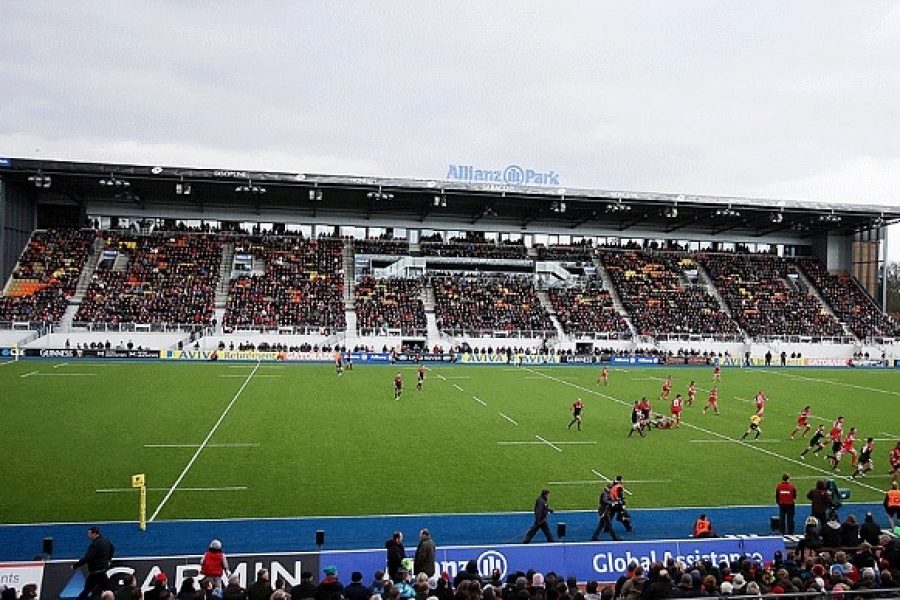 Recently promoted back in the English Premiership (in 2013), the Newcastle Falcons’ decision to install a hi-tech synthetic pitch at Kingston Park makes them the second club in England’s top division to ditch a traditional grass playing surface after Saracens’ ground-breaking and headline-grabbing switch in 2013 – with both understood to have cost in the region of £500,000.

But the Falcons were not the first elite club in the UK to follow Saracens’ lead with PRO12 side Cardiff Blues even quicker to rip up their troublesome turf for a synthetic turf pitch now in place at their BT Sport Arms Park home. The use of synthetic pitches in Rugby is not something new since World Rugby (previously IRB) have approved their use back in 2003 – part of their efforts to boost global participation in the sport while also ensuring that the pitches offered the same performance qualities as natural grass. More recently, World Rugby moved to redefine the use of synthetic turf with the ‘highest possible player welfare standards’ also at the forefront of their thinking.

A lot of people doubted when Saracens quite literally rolled out their new playing surface but initial feedback from players, coaches, commentators, supporters and the community were overwhelmingly positive. The synthetic pitch turned out to reach the Saracens’ direction and staff expectation, encouraging a running game that has helped to sell out the Allianz Park through the whole season. Clearly proud of their investment, Saracens also opened the door to all their Premiership rivals in terms of the technology and the pitch itself with teams given an open invite to train on it. The use of synthetic turf in Rugby is believed to offer a more attractive game and therefore attracts more people to watch it. Newcastle boss Dean Richard stated “The new surface will undoubtedly produce a more free-flowing entertaining style,” The increase in crowd-pleasing rugby along with the boost to the grassroots game in terms of access to top-class facilities will only be applauded by a governing body.

Given the lower maintenance costs and the apparent increase in revenue available from bigger crowds, attracted by a more entertaining game, and a facility that can be rented out at any time without fear of damage, could more Premiership clubs follow the lead of Saracens and Newcastle? The prospect of an entirely synthetic Premiership playing field does not appear that remote – despite what traditionalists may argue – especially given the economic pressure that even the most successful clubs are constantly under.

ESTO AWARDS 2015, COLOGNE, GERMANY. Recognition, celebrating the best of the...