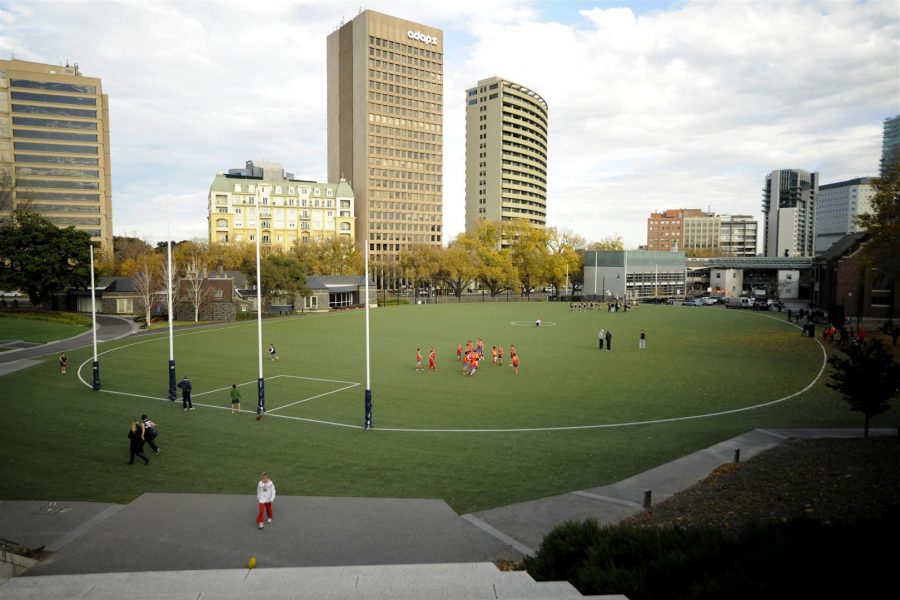 Traditionally, Australian Rules football has been played on a natural grass surface. At the National and State League level it is anticipated that the game will continue to be played on natural grass for many years to come.  However, in 2008 the AFL released the criteria for synthetic turf to be used at the community level (community level is described as all football and cricket played below the respective National and State league competitions).

In 2011, the first full-sized AFL certified synthetic oval in Australia was built at Point Cook on the outskirts of Melbourne in Victoria. To date, many schools in Australia have installed synthetic turf fields to replace their natural grass ovals and have trained on the fields. Additionally, in drought or flood affected areas local junior football clubs have use of the school synthetic turf fields for training when they are unable to use their own natural grass grounds.

After the standards for the use of synthetic turf were developed for the AFL, several new products were and are still being developed to meet those specifications. These products are typically sand dressed polyethylene carpets normally 40mm high, sitting on a 20mm preformed shock pad. They are dressed with rounded sand grains to approximately 20mm, leaving approximately 20mm of the fibre blades exposed. Due to the inclusion of a critical fall height requirement, the use of a shock pad is essential to satisfy the AFL criteria. The synthetic turf manufacturing industry is endeavouring to balance the thickness of the shock pad with the level of infill to ensure the most suitable surface performance.

Although natural grass is the preferred surface for Australian Rules football, synthetic turf fields have been approved for use for all levels below the national and state leagues around Australia (including approval for the elite Under 18 TAC Cup).  However, due to the current lack of accredited fields, all games, at all levels are currently played on natural grass.

As already previously mentioned, natural grass surfaces cannot sustain the high levels of use that synthetic turf surfaces are able to and need to be ‘rested’ from use to enable the natural grass to recover.  Current research around natural grass sports ground capacity is being conducted based on the level of use.  Indicative results show that more than 10 teams per football oval, is deemed to be high use and may have detrimental impact on the playability of grass, depending upon the season and amount of rainfall.  Football is played in winter when wet weather conditions, slow growth rates and recovery of natural grass may reduce capacity. Due to the nature of the game, it is unlikely that it will be played all year round, particularly in the heat of summer. However, with pre-season training and additional fixtures the football season is extending into late summer and autumn months when grass recovery and capacity is increased.

The AFL has partnered up with CA to develop joint guidelines for synthetic turf, with the intention that the grounds be developed and shared between the sports.  Given that they are traditionally in opposite seasons this partnership should be successful.

Synthetic Turf for the Tramway in Toulouse, France
Scroll to top