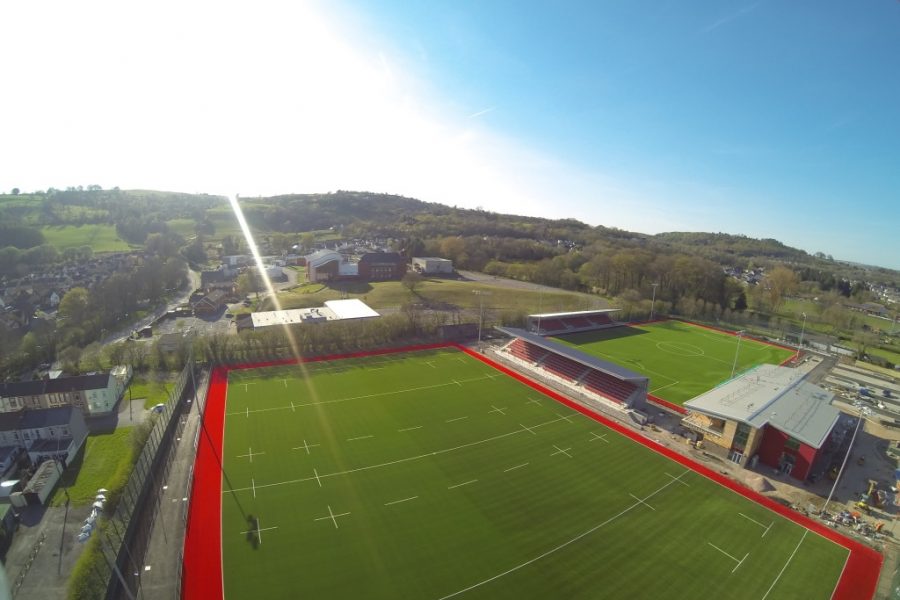 The Centre was opened by Welsh government sports minister John Griffiths and Wales coach Warren Gatland, who offered praise and appreciation regarding the new facility.

The new flagship facility provides a top quality venue for both elites and developing rugby and football players. The Newport Gwent Dragons, a professional Wales Rugby Union regional team, have announced the facility will be the team’s official base for training and junior development matches. The Cardiff City Football Club, the Welsh Rugby Union regional development academies and local community clubs will also utilize the complex. Both staff and players from these clubs recon that the facility will be recognized as a world-class sporting hub for the region

Both pitches feature a stunning red surround and the latest, professional quality artificial turf. The full-size football pitch was constructed to meet the stringent criteria required to earn a FIFA Two Star Certification for elite level play. To be awarded this mark, pitches undergo two phases of rigorous laboratory and field testing for properties such as shock absorption, ball roll and rebound, traction, climatic resistance, abrasion and more. The 3G synthetic turf rugby pitch was also professionally constructed to the standards of the World Rugby, and completed testing to be IRB22 Certified. Additionally, the Centre features two grandstands, locker room areas, weight training facilities and a community facility.