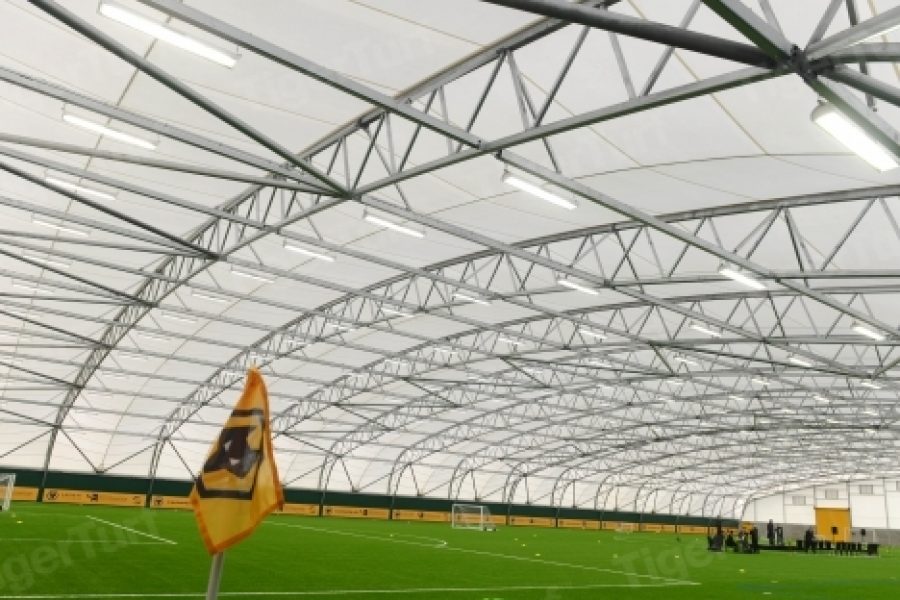 Wolverhampton Wanderers, commonly known as Wolves, is a football club based in the city of Wolverhampton, UK. The club was founded in 1877 and is currently playing in the Championship (second division), having been promoted at the end of last season after winning the League One (third division) title. In November 2014, the Wolves have completed the construction of its new £7 million Academy and Arena, also featuring an indoor synthetic turf pitch.

The new synthetic turf, an 11-a-side size also suitable for smaller-sided training matches, is a significant contribution for Wolves’ “Category One” academy status – the highest status that can be awarded by the Premier League’s academy accreditation system. This innovative surface has since its installation given great satisfaction to the coaching staff and is suitable for professional level and for community clubs. It is credited with FIFA 2-star certification notably through its composition with two unique profiled fibres, filled with recycled rubber and sand which widely helps to absorb impacts and add resilience, thus also controlling ball bounce.

A synthetic turf pitch of this quality has soft and non-abrasive fibres, with significant durability and performance which makes it surpass some of the best natural grass fields in those regards. In addition, it avoids massive problems that natural pitches may undergo such as waterlogged pitches causing cancelled matches and heavy maintenance to repair worn surfaces.

Wolves chief executive, Jez Moxey, has been impressed with the new facility: “The new synthetic pitch looks fantastic and has made a massive improvement to the area, it will be a very welcome asset to the facilities at our training ground”.  The chairman of the club Steve Morgan has himself highlighted the importance of such facility to help grow new generations of home-grown players potentially reaching the club’s professional squad.