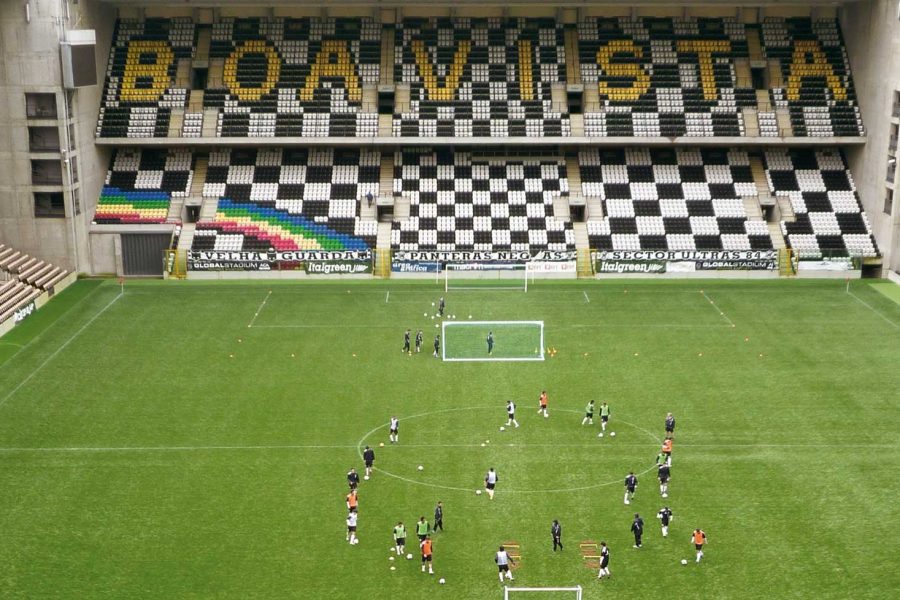 Behind Portuguese football’s big three (Benfica, FC Porto, Sporting CP), another club has emerged as Portugal’s most prominent club in history:  Boavista FC, the second club in the city of Porto. This club, although not as known as the three main ones, remains one of the oldest and most successful in Portuguese football. The team plays its home games at the Estádio do Bessa in Porto. The singularity and main feature of this stadium among others in Portuguese football is that it features a synthetic turf pitch.

The Estádio do Bessa has also a long history, it was built in 1911 and was most notably renovated to host some matches of the UEFA Euro 2004. It has a capacity of nearly 30,000 spectators.  With its synthetic turf field, it is now being the scene for top quality Primeira Liga games against some clubs among the best in Europe (Benfica, FC Porto) as the users, Boavista FC, have been reintegrated to Portugal’s first division after a few years of financial difficulties.

In conjunction with the return in the Primeira Liga of Boavista FC, the club confirmed its trust to synthetic turf which was installed in 2009. This surface, being at the forefront of synthetic grass technology, is completed with Geofill®, an environmental friendly choice of infill, with a special blend of granules, mainly made of natural fibres. It is UV resistant and does not facilitate the growth of weeds, aswell as not producing any kind of mud, even in the worst weather conditions, making it usable all year in optimal conditions for a football match. The result is a FIFA 2 stars pitch, perfectly draining, injury risk free and aimed to grant the perfect ball roll and bounce, for quality football.

5 Years after the installation of the synthetic turf, Boavista FC remains satisfied by the surface, renewing their partnership with their synthetic turf producer and installer. Indeed, the surface has been carefully tested by the main international laboratories and officially approved by professional clubs, with positive feedbacks coming from players, trainers and physiotherapists.