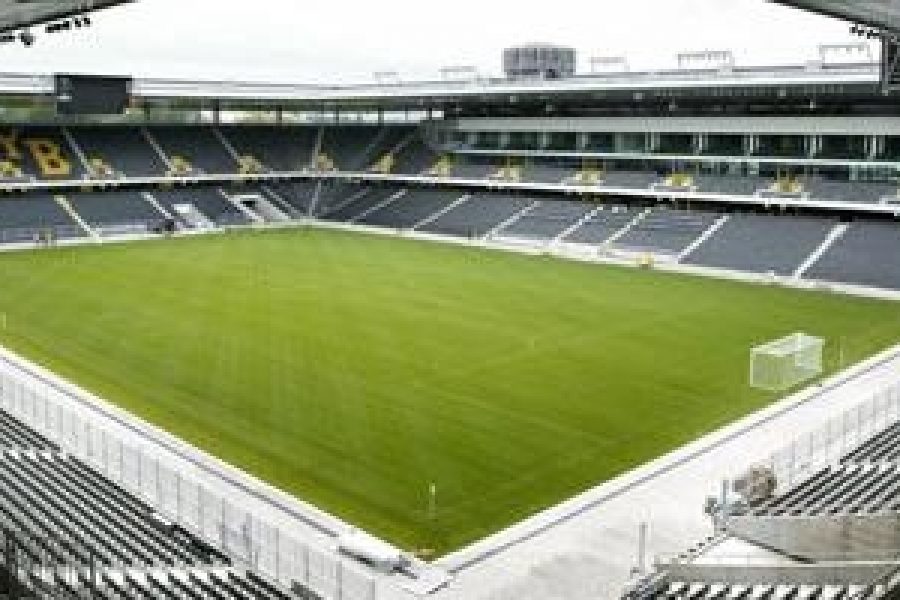 The Stade de Suisse in Bern, Switzerland, is the home ground of the Swiss football team BSC Young Boys, and is currently the second biggest football stadium in Switzerland. The stadium, of a capacity of 32,000 spectators, was built on the grounds of the former Wankdorf Stadium, which was demolished in 2001. The ground has now been equipped with a synthetic turf pitch for a while, having installed it for the first time in 2006 and still featuring the same type of surface which makes it a precursor in terms of fidelity to synthetic turf. This fact tends to demonstrate that the choice to have such surface in the first place has proven fairly right from Young Boys, and has since then answered positively to expectations and requirements of a professional football club involved in European competitions.

Indeed, the stadium is classed as an elite stadium by UEFA , with its synthetic turf pitch having FIFA recommended 2 Star certification. It has hosted on synthetic turf surface a number of football matches in European competitions as Young Boys have been involved in the past seasons in Europa League football. In the meantime, this prolonged use of synthetic turf meant that in mid-2010, after more than 8,000 hours of intensive use, the original turf was replaced by a new, next generation one.

This reliance on a synthetic turf pitch gave over the years an optimum surface on which to play attractive football matches, at the same time resisting to harsh winters, especially in Switzerland, where snowfalls are often abundant.  The surface is also sufficiently robust to survive major events unscathed, such as concerts , which would be unthinkable with a natural grass pitch. All this has been recently summarized by Alain Kappeler, CEO of BSC Young Boys: “Switching over to synthetic turf allows us to improve the general conditions considerably and helps us more than ever to pursue our two main aims: sporting success with YB and a profitable overall business.”