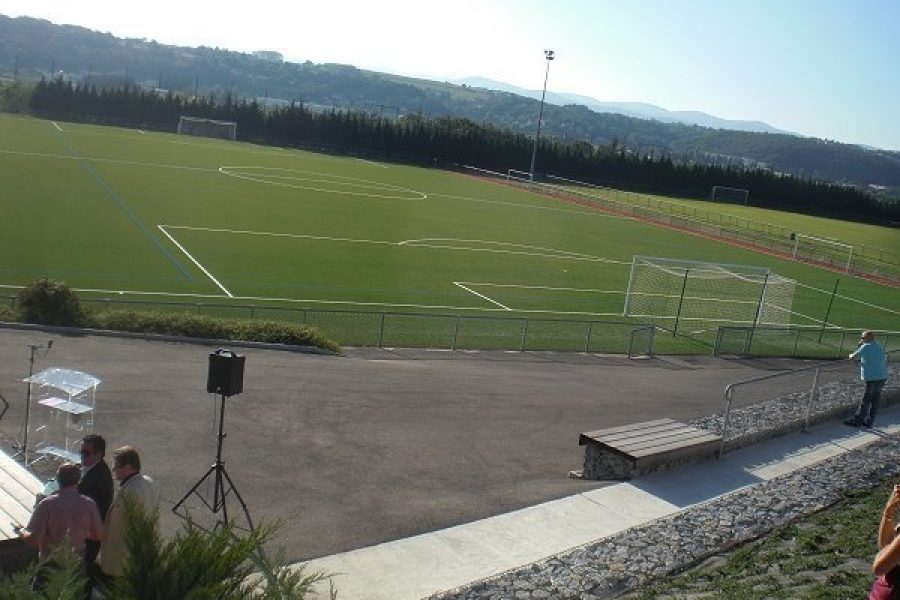 The synthetic football pitch in Vourles, near Lyon in France was back then, in 2012, expected as the messiah by the user club, US Millery-Vourles. Some players from the senior team were even reluctant to go for another season without having that new pitch.

It was officially opened on a Friday evening in the presence of many elected officials, local personalities and officials from the regional Football League.

A real “jewel” classified FIFA 2 Star and designed to host international games, even though US Millery-Vourles plays at regional level.

Alternately Serge Fages (Mayor of Vourles), Christophe Guilloteau (Deputy of General Counsel) and Jean-Luc Colignon (club co-president) have succeeded each other for traditional speeches at the inaugural ceremony, each recalling the promise by elected officials to provide a great pitch, and valuing the new tool to serve for of four hundred and fifty club licensees.

It was then time to cut the ribbon and give the kick off of the inaugural match which opposed the U15 teams, then people moved on to the festivities.

The synthetic pitch, which still serves today, has a surface of 8775 m2. It is equipped with a drainage system, combined to a 25mm shock pad, on which are planted synthetic fibres of 42 mm. The pitch is filled with 10 kg of sand and 9 kg of rubber infill from recycled tires. The construction works lasted 2 months.

Replacement of a 13-year old synthetic pitch in Bavaria