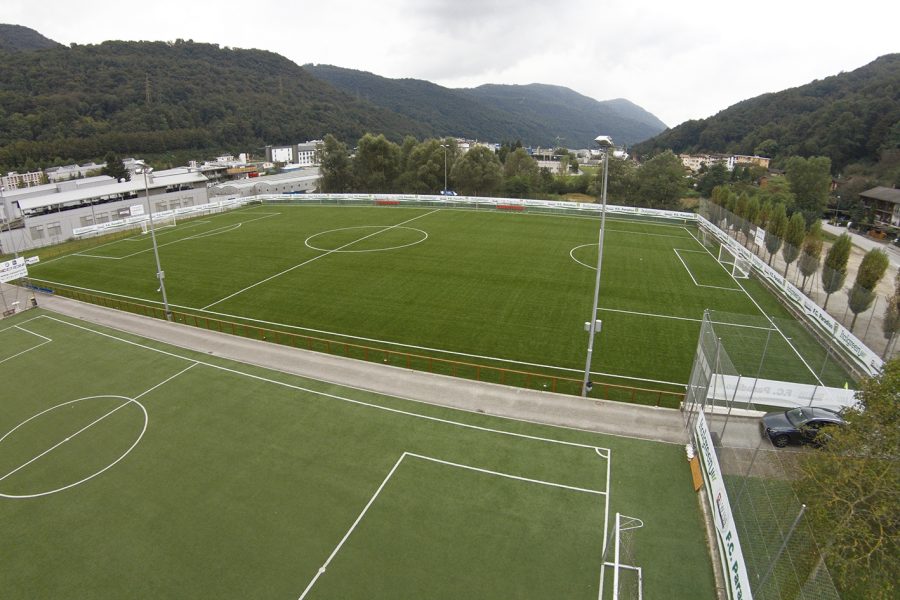 When a community or club decides to install a new surface for its sports field, the quality level of the turf as well as its convenience for everyone likely to use it, at the social level, remains among the most important criteria when choosing the playing surface to be installed. In this regard, the sports centre of Pian Scaiorolo, located in the Swiss city of Lugano, has opted for a synthetic turf pitch. The field is used by FC Paradiso, a local football club playing in Swiss lower divisions, but also by other surrounding clubs and various associations. By itself, FC Paradiso is composed of a total of 13 teams of all ages, with approximately 280 players involved. So added to the rest of the users, the pitch is subject to a high playing frequency.

This was obviously taken into account when choosing a synthetic turf, by the municipality of Lugano which owns the sports centre. Thanks to that playing surface, the managers were able to increase significantly the number of hours of pitch use – 70 hours now, which is 4 times the amount for a natural grass pitch. So speaking about convenience, this aspect is a huge step towards pleasing all teams training and playing matches on the surface which remains intact in terms of quality over time.

This synthetic turf pitch also constitutes a high performing field in terms of playing conditions which could satisfy needs of professional teams. Indeed, it is composed of innovative technologies such as the 62 Lesmo HD Geofill N system: 62mm of fibre height, 3 colour tonalities for an even better natural looking and Geofill infill composed of ecological natural materials.