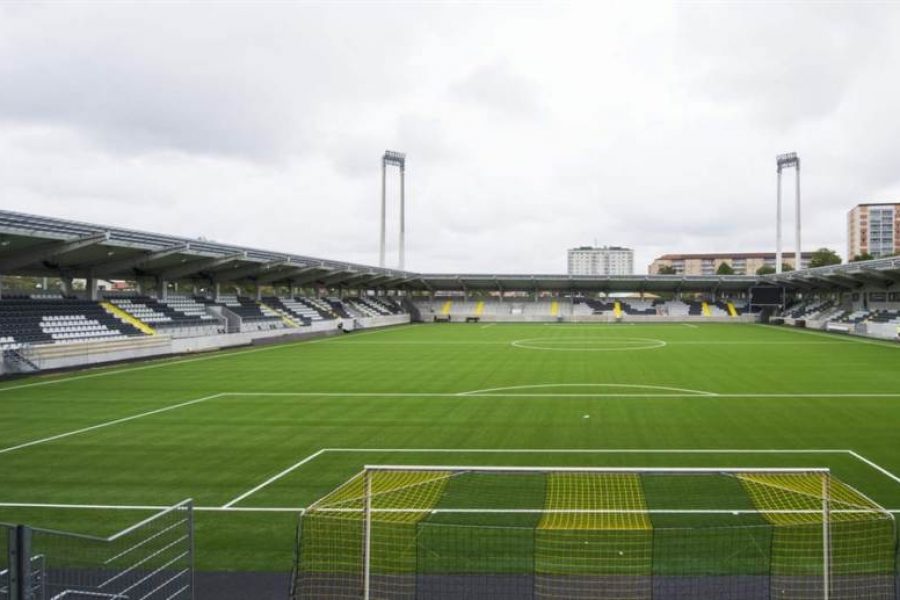 The Bravida Arena has a capacity of 6500 spectators and also features a synthetic turf, which means it can be used all year round, even during the cold winters in Sweden. The stadium was built on the ground of BK Häcken’s old stadium, Rambergsvallen, which was demolished in 2013 to make way for the club’s new stadium.

With their brand new stadium featuring a synthetic turf pitch, BK Häcken are now enjoying football in a modern facility and on a FIFA-certified “Pro Quality” surface. This enables even and consistent playing characteristics for the players who can now enjoy a field which is resistant all year to adverse climate and weather. Ball roll and bounce is optimal thanks to the synthetic fibres of the pitch as well as player comfort thanks to its state-of-the-art shock pads.

BK Häcken therefore became the 10th (out of 16) Swedish top tier club to play on synthetic turf. Indeed, such surface became with time the most adequate to Scandinavian football, which can be subject to rough winters and cold temperatures that test playing surfaces to their limits.