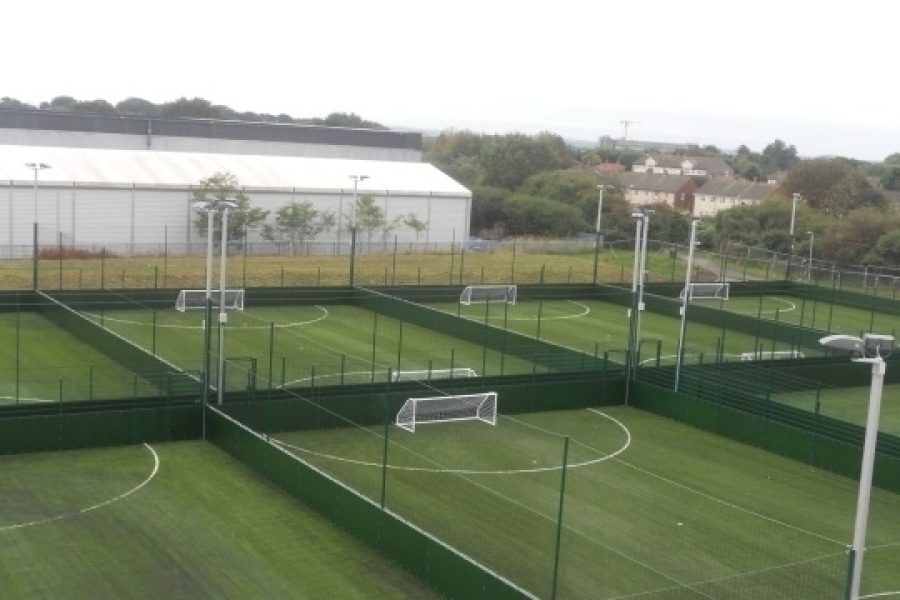 Five-a-side football games are a booming business these days in the UK. Expected is even an increase in growth of this industry in the UK of approximately 200 per cent. The discipline was born in the 50’s in Great-Britain, but really became famous in the late 60’s and 70’s thanks to the TV broadcasting of the “London Five-a-Side Championship” which opposed the best English professionals clubs in 5v5 matches. A few years later, 5-a-Side football really began to be played by non-professionals. Since then, a new way to play football sprang up, by renting a pitch for an hour in a private complex, to play with friends after work or in a League. Five-a-side football is played on a smaller pitch, with smaller goals, and with a reduced game duration. A kind of pitch you can easily rent with mates to have some fun. But more importantly 5-a-side football, whether it is indoor or outdoor, is played on synthetic turf.

New technologies have been developed for synthetic turf used in 5-a-side football. To make sure the grass always stands up straight, a controllable spiral shape was integrated in the monofilament yarn creating a grass mat with high resilience. The resilience is due to a built-in spiral effect. When vertical, the spiral yarn is at rest, but as soon as lateral or downward pressure is exerted, the yarn comes under tension and will want to spring back upright into its natural resting position as quickly as possible. By applying this to the entire surface, a pitch is created in which the grass yarns always spring up nice and straight, thereby guaranteeing the playing properties of ball roll and foot under the ball. More and more 5-a-side football centres and complexes are opening and not only in the UK which means there will be an important demand for synthetic turf in all those venues.

Why Five-a-Side attracts so many people?

–          It allows children to discover football on a smaller pitch, to learn the basics of this sport without focusing too much on the tactical aspect. It’s an educational and playful approach to football.

–          Borders keep the ball on the field; you can play almost without any stops in the game. It’s a fast and intense football.

–          The type of surface and its size favour spectacular football and technical attributes; it’s skilful football.

–          The concept of renting a pitch for an hour allows some flexibility. You can play when you want without any obligation. It’s leisure football.