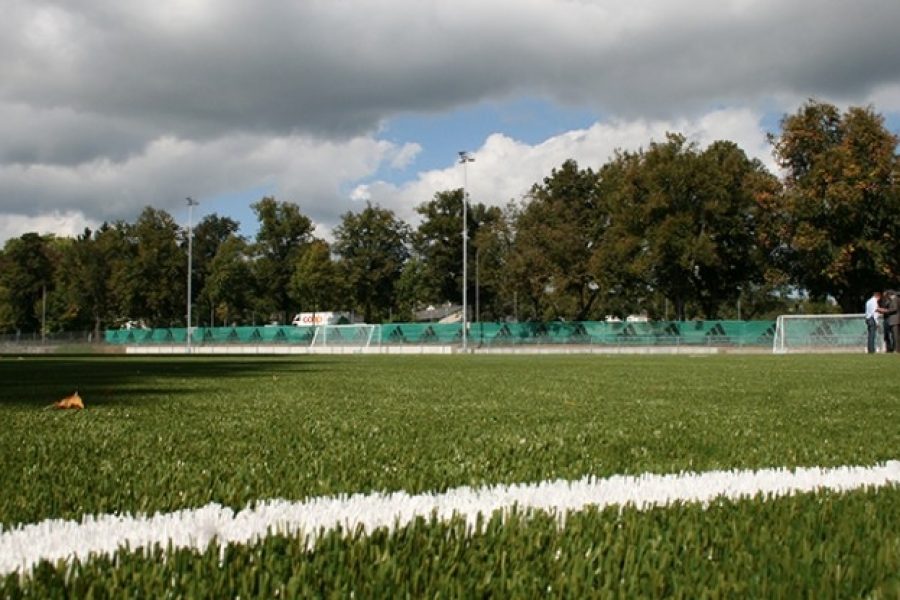 Swiss Football club SV Schaffhausen (SVS), have completed back in 2011 the installation of a new 100% recyclable synthetic pitch, which delivers a real benefit for technically gifted players.

German national coach and former FC Schaffhausen player Joachim ‘Jogi’ Löw attended the opening of the new pitch at SVS, which is already seen as a winner. “The pitch is better than we expected”, says SVS coach Edgar Sepp. “The ball rolls correctly, the new surface rewards accurate and controlled play”. All the reactions among the players are positive. “The surface certainly suits my team because of the many skilful players we have”, says Sepp. The president of the Schaffhausen Football Federation, Heinz Rähmi, agrees: “The new pitch is one of the new generations of synthetic turf playing surfaces. There is absolutely no comparison with the plastic pitches that were installed ten years ago. Skilled players definitely have an advantage on synthetic pitches.”

The training sessions on the new pitch do not differ much from previous years, explained Sepp, but it does allow him to carry out the whole session in one place rather than having to leave the pitch for certain exercises so as not to damage the grass. Sepp adds that it’s especially welcoming for the youth squad. Now they can just concentrate on playing without having to worry about damaging the pitch. The president is satisfied by the fact that they can use the synthetic pitch all-year round. They can run a complete training schedule in early spring and late autumn. There’ll be no more postponements due to bad weather and the pitch can take several games on any single day.

The turf is not tufted as the majority of the synthetic football turf pitches. It is woven according to a new and patented weaving technique. This results in a completely recyclable pitch. The new weaving technique has the additional advantage that it enables the turf manufacturer to create a much more dense turf system with many different yarn types, colours and pile heights. Many players said it is hard to distinguish from natural turf.

Rähmi and Sepp agreed on the bright prospects for synthetic grass especially in football at the regional level. Rähmi says: “If you look at Switzerland, I’m convinced that it’s the way to go, especially in amateur football because it lets you use the pitches as often as you like. Many clubs don’t use their grass pitches for training from November through to the end of March but the synthetic grass is playable whatever the weather”.

Ligue 1 was the first European league to have clubs with synthetic turf in their...