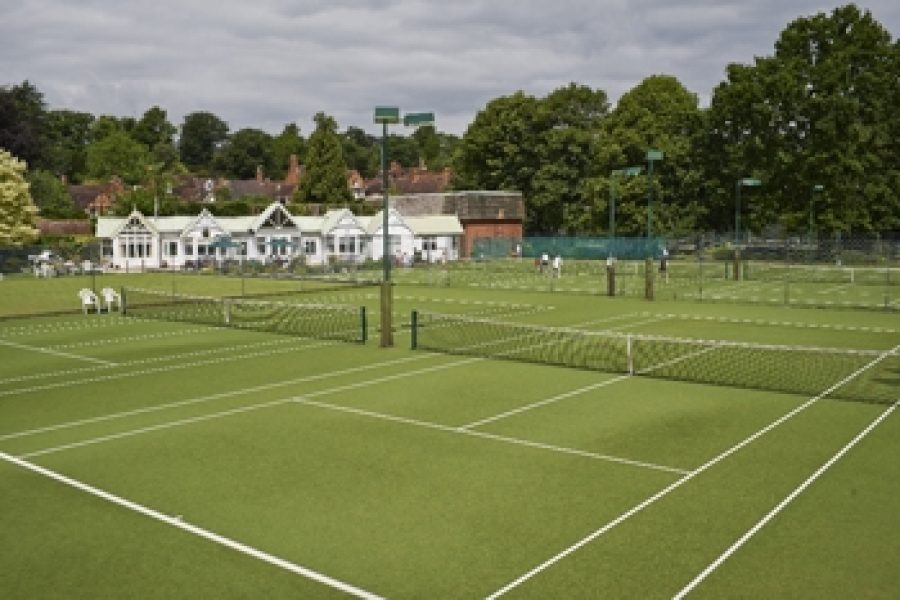 Tennis is played on a variety of surfaces and each surface has its own characteristics, which affect the playing style of the game. There are four main types of courts depending on the materials used for the court surface: clay courts, hard courts, grass courts and carpet courts.

When it comes to grass tennis courts, they have the same limitations as other natural athletic fields, including the need for daily care and regular maintenance, and the requirement that they be allowed to rest between periods of heavy use. Like all natural fields a heavy rain can put grass courts out of action temporarily, since trying to rush them back into use results in a muddy surface that can be dangerous to the athlete and damaging to the grass.

Warwick Boat Club is a multi-sport club involving the practice of rowing, squash, bowls and tennis. It needed a surface for its tennis courts that could sustain recreational games as well as elite tennis in a range of weather conditions, including rain and frost. The project finished in July 2014 and had an overall cost of £190,000.

Built with shock-absorbing materials that reduce the risk of injuries and stress to the body, the surface has been designed so that it doesn’t shine when wet or under floodlights, and has also been tested to International Tennis Federation (ITF) standards.

Tony Baker, tennis captain at Warwick Boat Club commented: “a considerable amount of research went into the specification process. Since having the ten surfaces installed, the popularity of tennis at our club has never been stronger. Seven of the courts are floodlit and all of them can cope in harsh weather conditions, which extends playing time all year round.